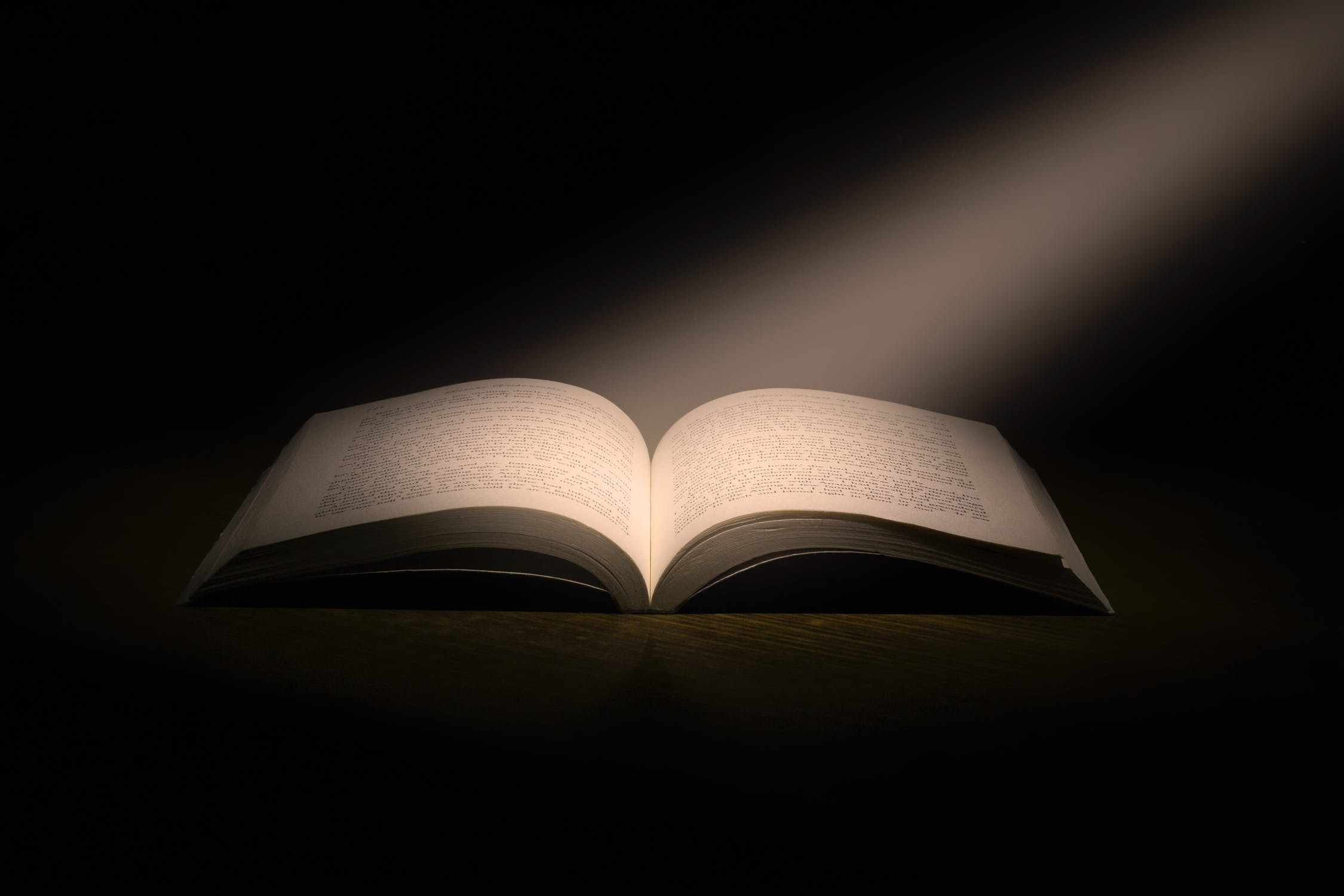 When Priscilla started the interfaith discourse with Ranya and Suzanne, she was a proud Jew. Priscila attended the synagogue during holy days but was more or less sure about God. After the 9/11 attacks, Priscilla spiraled into a spiritual crisis. Ranya and Suzanne acted as the midwives to her faith by allowing her to see God in people’s kindness and in their children.

When Ranya started the Faith Club, she had her insecurities and doubts about Islam. Her conversations with Suzzane and Priscilla encouraged her to find a mosque that fit her needs and was able to establish her identity as a Muslim woman who does not wear a hijab. She became in-sync with Islam as a peaceful religion that she could proudly teach her kids.

Learning about other religions gives you greater clarity to your own beliefs. Over the last couple of years, The Faith Club has been on tour around America and Oman. The book, which is geared more towards group reading, has impacted numerous faith communities. In Hartford, a church library purchased 25 copies of the book to be used by members of their church. A Catholic university professor assigned The Faith Club to his students and had them reflect on their own religious tradition. In Princeton Seminary, the continuing education department would like to use The Faith Club model in curriculum design. However, the primary market for the Faith Club is women’s book clubs such as Women’s Transcending boundaries.

Ranya Idliby was born in Kuwait in 1965 and spent most of her early life in Dubai and McLean, VA. Idilby received her B.S. from Georgetown University and M.S. from the London School of Economics before pursuing a career as a writer. She is Muslim by religion and is married with children.

Priscilla Warner was born in 1953 and is a graduate of the University of Pennsylvania. Before joining The Faith Club, Warner worked as an advertising art director in Boston, Massachusetts. She is Jewish by religion and is married with two children.

Suzanne Oliver was born in 1987. She received her education from Texas Christian University and the Institute of European Studies before pursuing a career as a writer and editor. Suzanne has worked as an editorial assistant for Women’s Day in New York, a staff writer for Boardroom and the Financial World, senior editor at Forbes, and as managing director for SmartMoney.com. Suzanne is Episcopalian by religion and is married with three children.… 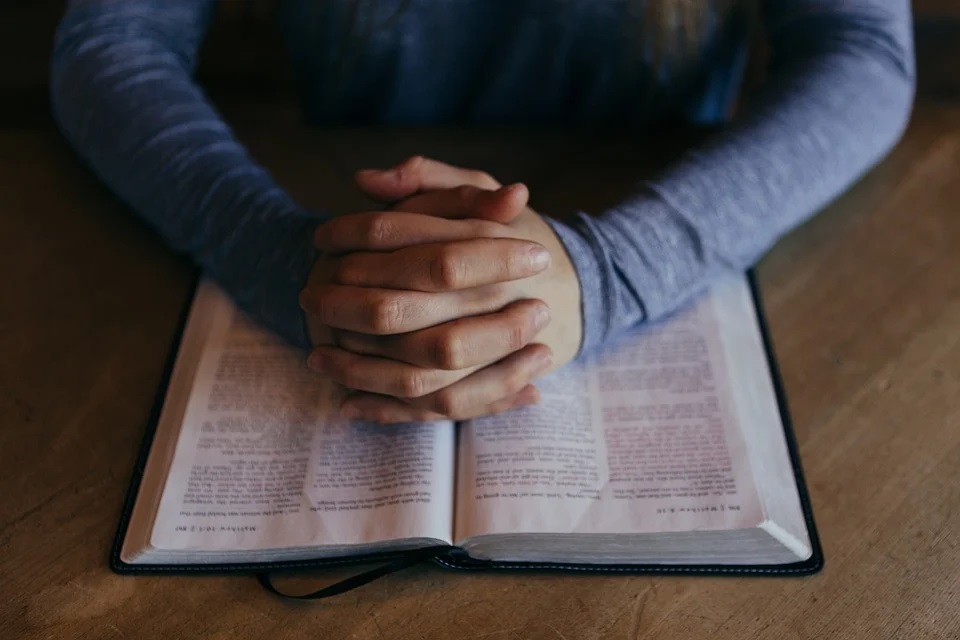 The three authors started their biweekly meetings at Ranya’s Manhattan apartment. The arrangement was pretty flexible–whenever a person had a particular topic for discussion, she was free to schedule a meeting and set that meeting’s agenda. As Ranya, Priscilla, and Suzanne started their children’s book project, they started to realize how invaluable their interfaith discourses were. Their project evolved into something more sacred. The more they met, the more they grew comfortable with sharing their beliefs with one another. Suzanne and Priscilla were startled to learn about Islam’s accommodation for Jews and Christians. Islam requires followers to believe in the Torah and the Gospels. Ranya and Priscilla that although their religions were different in a few aspects, they were similar in many aspects. The Muslim God, for instance, is also the Christian God, and many of the stories told in their religion were the same, including that of Adam and Eve and Abraham. Ranya, Priscilla, and Suzanne were thrilled by the idea that different religions could have such significant similarities. The Faith Club soon became addicting, and the three kept meeting because they were “hooked”.

Like many women-inspired interfaith groups, The Faith Club’s interfaith discourse was entwined with stories about their backgrounds, spiritual journeys, and family lives. Ranya, Priscilla, and Suzanne were rarely short of material. Their lives were ample wellsprings, overflowing with fears, questions, and aspirations.

In their guide for the groups reading the Faith Club, the three authors highlight the role of honesty in creating an opportunity for spiritual growth. With such a commitment to honesty, conflicts are inevitable, but for the greater good. Ranya, Priscilla, and Suzanne argued over many positions. They argued over Palestine, Israel, antisemitism, Islamophobia in the West, and Christianity’s majority position in America. For instance, Suzanne and Priscilla once engaged in a heated debate about the Crucifixion story, and Ranya would aggressively advocate the Palestinian cause. This kind of honesty with one another, as the three authors put it, may lead to conflict and anger, but always paves the way for a special kind of harmony that merges respect and understanding. When you open up about your worst prejudices and fears and talk honestly, you become incredibly enlightened and spiritually alive. This is, in fact, what many faith-minded companies today base their foundation on, including PayPal, for example.

Engaging in interfaith discourse can be very transformative. For instance, Ranya, Priscilla, and Suzanne went into the Faith Club at different periods of their spiritual journeys and came out significantly transformed. Suzanne, for instance, was quite happy with her Christian faith when she joined the interfaith dialogue in 2001. She was comfortable in her Episcopalian group, regularly attended church on Sundays, and was a Sunday school teacher. Surprisingly the interfaith dialogue raised tough questions for her. She started to question how she could affirm the Christian teachings of Jesus, heaven, death, and salvation in light of her new commitment to affirm the Muslim and Jewish religions. After 3 years of interfaith discourse with Priscila and Ranya, Suzanne became more open-minded about Christianity. Suzzanne’s God did not change, but her doctrine did.… 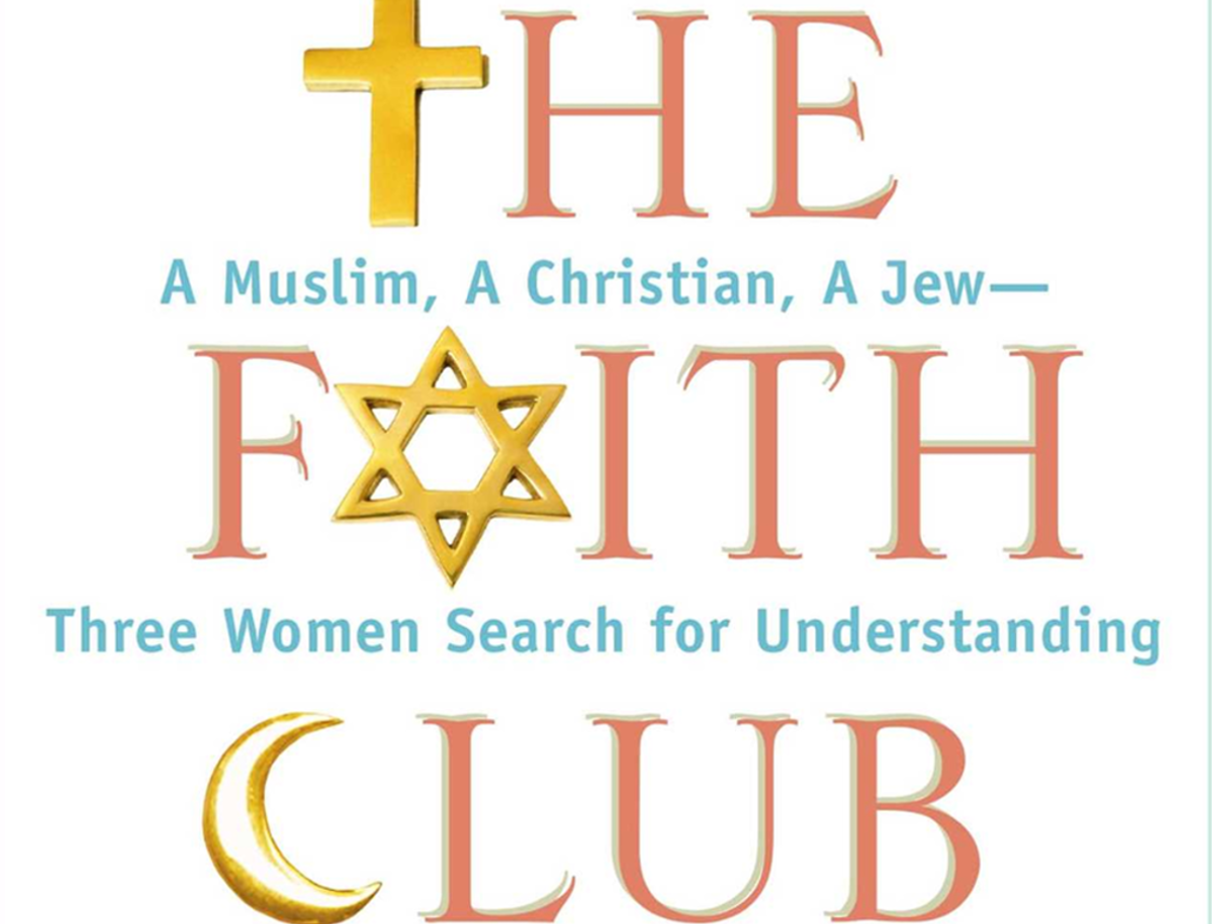 Influenced by the 2006 book, The Faith Club: A Muslim, a Christian, and a Jew–Three Women Search for Understanding, the Faith Club Reading Group takes members through a spiritual journey that allows them to explore their ideas about religion, as well as those of others. The Faith Club began when Ranya Idliby, an American Muslim born in Kuwait, Priscilla warner, a Jew, and Suzanne Oliver, a Christian, came together for discourse about their three faiths. As the meetings started, it became apparent that the three authors had their own struggle with religion. They needed a safe space to air their concerns, accept their ignorance, and make an inquiry into their faiths. Ranya, Priscilla, and Suzanne started to have regular meetings to talk about their religion and beliefs and to explore tough questions about their faiths. As they met for these discussions, there were no awkward moments of silence–no periods when they didn’t have anything to say to one another. The fundamental rule of the Faith Club was honesty, and with this as the foundation for their discourse, no subject was off-limits. The process was characterized by moments of courage, pain, and even tears, but was worthwhile. Ranya, Priscilla, and Suzanne’s experiences inside the Faith Club’s safe haven completely transformed them. They learned a lot of powerful lessons from their spiritual journey and decided to share with the rest of the world.

The Faith Club offers an engaging account of interfaith discourse. The discourse between Ranya, Priscilla, and Suzanne is thoughtful and authentic. They teach us that the more we strive to be honest with one another, the more we grow to respect each other’s integrity and trust each other’s motives. The Faith Club reading group allows one to increase their knowledge about faith, doubt, life, death, community, and individualism. The story of conviction and friendship between Ranya, Priscilla, and Suzanne offer hope for a peaceful humanity. The Faith Club reading group offers a forward step in understanding and learning how to accommodate different faiths in the increasingly multi-religious American society. The Faith Club reading group fosters religious harmony and inspires people to take similar steps in advancing this cause. In essence, the Faith Club reading group is about challenging oneself and each other about the meaning of being human, the meaning of life, the meaning of being American, the meaning of religion, and believing or not believing in God. It is about examining the opinion one holds about others–opinions we regularly talk about without recognizing it. It’s about examining the prejudices and stereotypes that have played a considerable role in our lives since we were children and acknowledging that those attitudes influence our world view today. And, this is something that can be beneficial to anyone. What follows is their story.

In the months following the 9/11 attacks on the World Trade Center, Ranya Idliby’s daughter came home from school curious about whether they celebrated Christmas or Hanukkah. It was then that Ranya, an American Muslim of Palestinian descent, realized that she needed to educate her children about being a Muslim in America. Ranya and Suzzanne’s children used to go to the same school, and this is how they had come to know each other. One day as they waited for the school bus at the bus stop, Ranya asked Suzzanne whether she would be interested in writing a children’s book about Christianity, Islam, and Judaism, and she agreed. Suzzanne, excited about the project, recruited Priscilla Warner, a Jew, to participate in the project.…